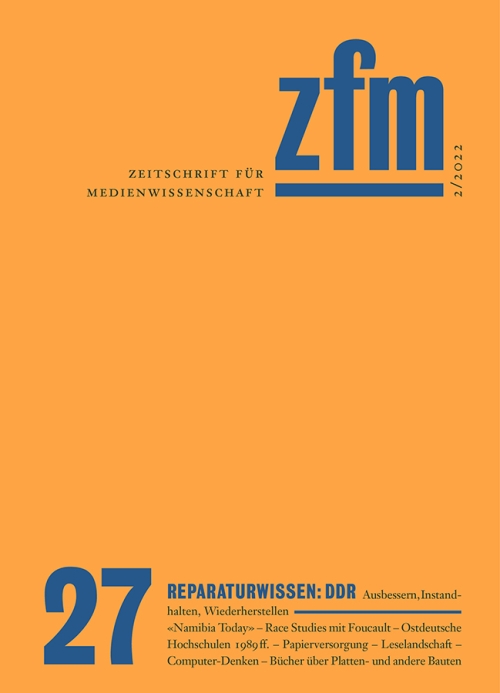 «Eine eindeutig vermachtete Situation». On the Upheaval in the East German Academic Landscape since 1989 and the Consequences to the Present Day

This debate focuses on the transformation of the East German academic system since 1989. In a discussion with Manuela Klaut and Jana Mangold, the scholars Dorothea Dornhof, Peer Pasternack, and Gerd Zimmermann reflect on the process of transformation at East German research institutions, asking about fractured knowledge cultures, changes in the spectrum of subjects, and the institutional inclusion of East German scholars in the overall German academic landscape. The investigation also raises the question of the changes necessary in today’s university structures. This round table is intended as a prelude to a series of discussions on the development of media and cultural studies since 1989, which will be published at irregular intervals on the ZfM website.