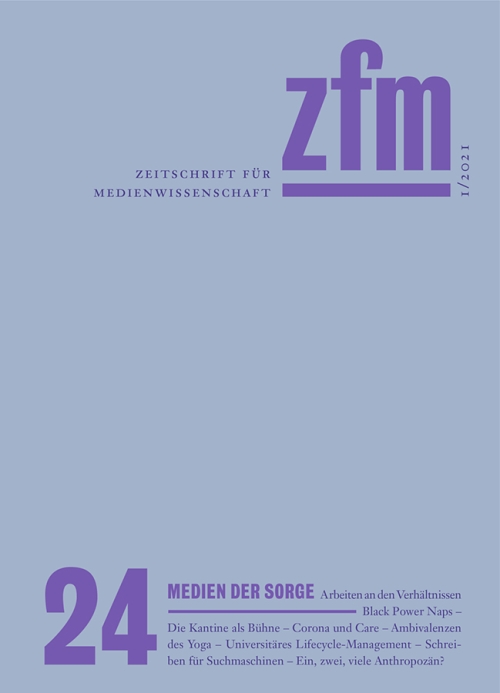 «A Politics of Care»

«A Politics of Care». Dispositifs of Queer Crip Temporalities and Responsibility

This article analyzes three contemporary examples of media practices and their specific concepts of care, which are articulated at the intersection of queerness and dis/ability. Although these examples derive from heterodox media genres—an activist video report, a fictional motion picture, and an artistic combination of essay and photography—all three productions are similarly characterized by the aesthetic politicization of queer crip temporalities, which enables them to negotiate nuanced understandings of care, be they problematic or desirable. But instead of positing these notions as polar opposites, the examples visualize a complex relationship between conflicting politics of care.