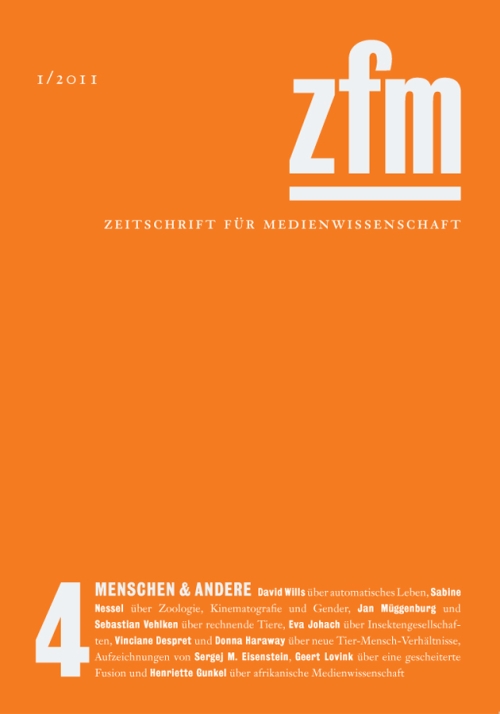 Thinking the Other. Zoology, Cinematography, and Gender

Starting with Simone de Beauvoir’s idea of the woman as the ‹other› sex, this essay will explore the notion of the other in the field of knowledge discourses that are defined by zoology, cinematography, and gender. It will first be shown to what extent the ‹other› takes on specific forms in each of these three areas. Looking at zoological and anthropological displays from the sixteenth century (the «Haarmensch») and the late nineteenth century («Völkerschau», human zoos), I will discuss how the sphere of the other has historically derived from man and animal; secondly, using the positions of Jacques Rancière and Donna J. Haraway I will present a radical theoretical interrogation of the concept of the ‹other.› Finally, looking at the film Max Mon Amour (F/USA 1984, Nagisa Oshima), I will explore filmic instance in which gender difference and the difference between man and animal overlap.