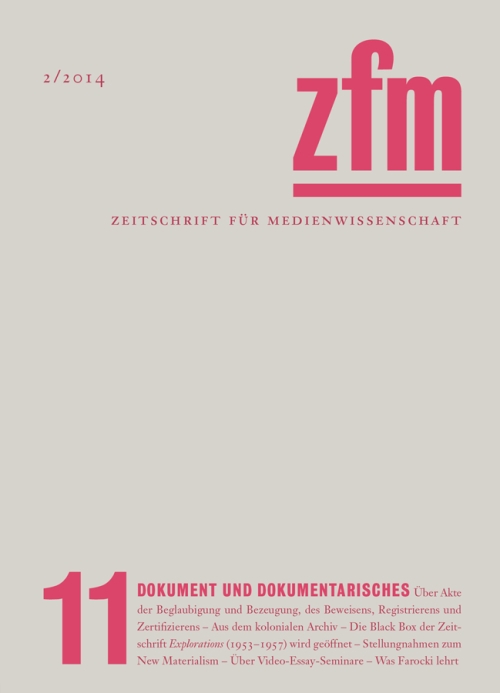 Sigfried Giedion and the «Explorations»

The Swiss architectural historian Sigfried Giedion played a decisive role in the early media theory of the Toronto School. Giedion met McLuhan in 1939; during the 1940s and 1950s, they carried out a lively exchange. Their correspondence shows how their commitment to what Giedion called «fragments of meaning ... in the novelty and diversity of their relationships» provided a theoretical framework for McLuhan and his colleagues in their groundbreaking media research at the University of Toronto. Giedion’s work became a focal point of the seminar in cultural studies and communications (1953-1955) led by McLuhan together with Edmund Carpenter, an anthropologist involved in Arctic cultures, Jaqueline Tyrwhitt (a colleague of Giedion’s), the economist Thomas Easterbrook, and the psychologist D. Carlton Williams. This seminar resulted in an extremely influential journal series Explorations, published in the 1950s. In their work, the group chiefly paid attention to Giedion’s method of «anonymous history», as he had already practiced it in Space, Time and Architecture (1941; translated into German as Raum, Zeit, Architektur, 1965) and further developed it in Mechanization Takes Command (1948; translated into Geran as Die Herrschaft der Mechanisierung, 1982). During this time, Tyrwhitt served as a link between Giedion’s contemporary investigations and the contemporaneously emerging theorizations of the group of «new media spaces». Giedion’s late work has no points of contact with McLuhan's later works, but beginning in the late 1950s, it was inspired by Carpenter’s insights into the space-time concepts of the Aivilik Inuit people and other indigenous cultures.