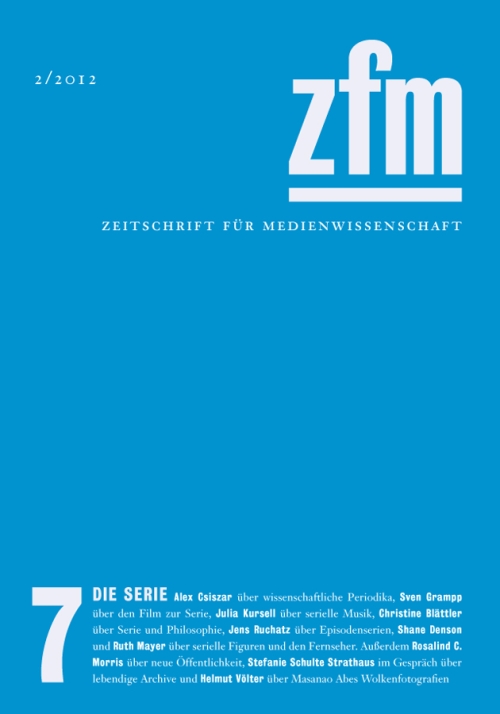 Serial Sixties in French. About the Ambivalence of the Series

In 1960s Paris the series becomes a philosophical master narrative: as structuralist pattern the series meets the form of industrial production and serial artworks, evoking a conceptual tension in several regards. The two extreme positions are the following: on the one hand Jean-Paul Sartre detects in the series the paradigmatic structure of alienation, and Gilles Deleuze, on the other hand, claims the series to be an open and productive system of simulacres. What seems to be a sort of clash between a modern critical vs. a postmodern affirmative approach can be investigated under their common yet ambivalent pivotal point: focusing the series, this pattern enables both to consider desire and fear and to trace emancipatory impulses. Following on the contribution examines the systematic function of this French serial pattern in its historical context, compared with previous resp. other serial patterns and repetitive phenomena. Finally the article argues for the specific connection between series and repetition that makes the difference and renders the series in question with its specific historical index.