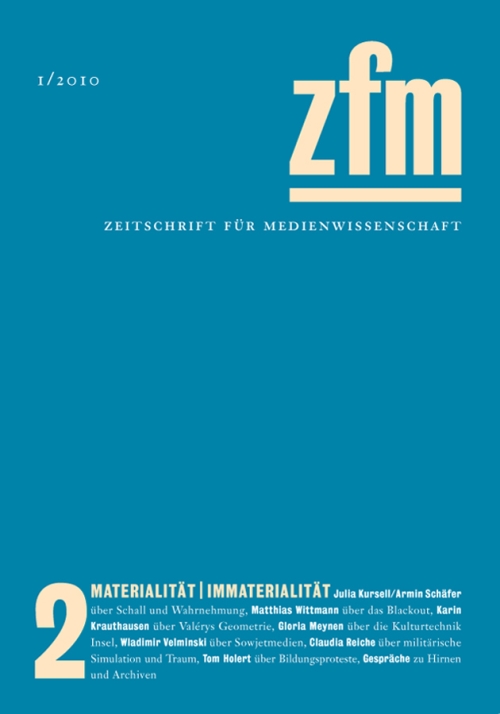 Para! Epistemological Notes on a Keyword in Media Impact Research

The effect to recognize forms, figures and persons in television images as personal friends or foes, in other words, as relations and power relations has been studied as the Para-Social in early American TV sociology. Wolfgang Hagen traces the genealogy of the term and concept back to C.G. Jungs concept of the Persona, thus linking mass media theories in early US-television studies with stdueis fot mediumistsic Trance media at the turn of the century. On the one hand, allread with Jung, the technical devices behind occult appearance are well hidden, even in scientific investigations following them. On the other hand, the paper argues, that the »parasocial« as a concept of in early massmedia studies proves that those were not concerned with quantitative research only but with complex psychosozial issues.