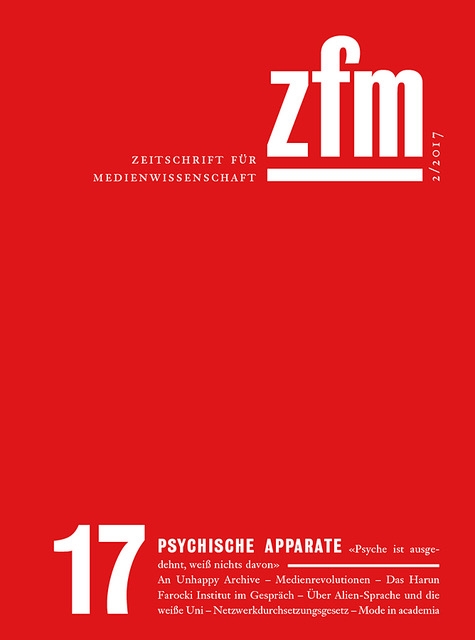 The initiative «For Good Work in Science,» which first found an audience in the Society for Media Studies in October 2015, has given rise to debates about working conditions, precariousness, the ability to plan in academic work, the situation of different status groups, and the quality of work at institutions of higher education (– all texts and comments can be found at www.zfmedienwissenschaft.de/online/debatte).

Part III, published in issue Nr. 16 of the ZfM , took a look at lecturers and postdocs; here, in Part IV, PD Dr. Andreas Stuhlmann, Associate Professor in Edmonton, Canada, first considers the situation of those who have earned their habilitation in Germany and the peculiarity of their unpaid obligation to teach. Luzenir Caixeta and Azadeh Sharifi then discuss access to academic careers for scholars of color, from the double perspective of someone holding a PhD and working outside of the university in the area of migration, with Katrin Köppert, who established a university project on decolonization with the two. What does diversity look like in academic management?