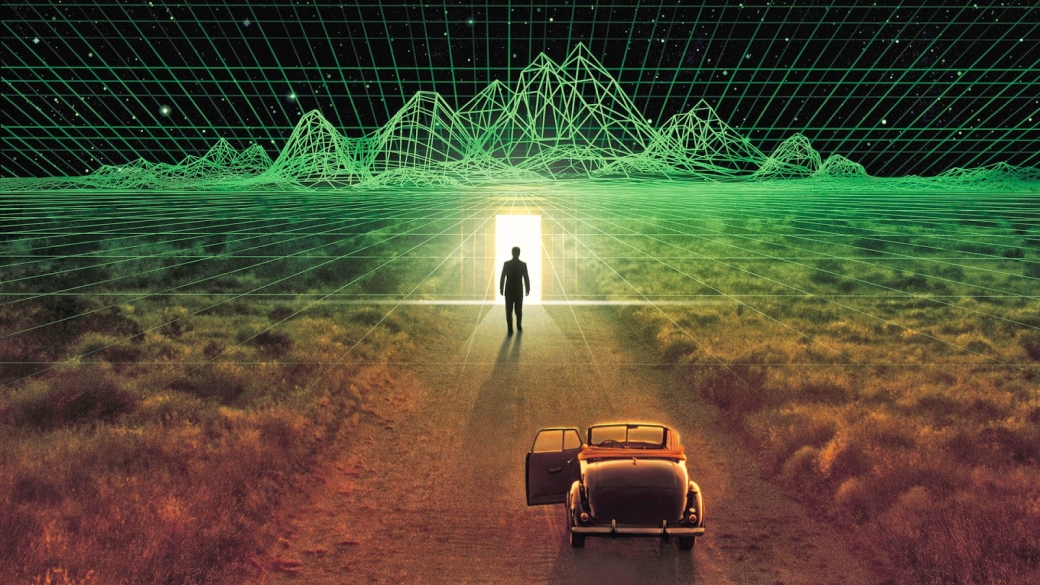 Into the Wild? Film Studies and Transitions into «Openness» (Part 2)

This is Part 2 of a three-part blog entry that recapitulates the conceptual background as well as the six presentations and respective discussions of the online workshop «Into the Wild? Film Studies and Transitions into ‹Openness›»; a workshop which was held as a collaboration between the Center for Advanced Film Studies, Cinepoetics, and the Scholarly Interest Group Open Media Studies in early February 2021.

The presentations and discussions in focus further delve into the politics and practices that are in transition for film and media studies due to the goal setting and digital developments of open-access publishing: Franziska Heller critically and broadly discussed the requirements authors are confronted with when publishing a monograph. And Eileen Rositzka offered insights especially into requirements and challenges for OA publishing regarding the interrelation between written text and clips, images or diagrams of audiovisual images. Both contributions reflect on how traditional publication methods have continuously been adapting to the rapid technological developments in recent years.

See the report’s Part 1 for an introduction to the workshop’s concept and aims as well as for a recapitulation of Catherine Grant’s and Sarah-Mai Dang’s contributions to the workshop section «Open Publication I: First Movers».

See the report’s Part 3 for a recapitulation of Matthias Grotkopp’s and Anna Luise Kiss’ contributions to the workshop section «Further Routes: Dissemination, Open Data, Citizen Research and Participation» as well as for notes on the workshop’s final open discussion.

Fig.1: How to differentiate the analytical levels within discourses and practices of «openess». Illustration by Franziska Heller,  «Into the Wild»-Workshop 2021, CC-BY-NC-ND 3.0

In 2018 the German speaking academic field and publishing politics changed. The presentation discussed the considerations, challenges and problems of open access based on personal experience within this specific time period. In the process of getting her habilitation (Update! Film und Mediengeschichte im Zeitalter der digitalen Reproduzierbarkeit) published as an open access book, a monograph over 500 pages about historical moving images within digital culture, Franziska Heller had to take the following interrelated aspects, as given in Figure 1, into consideration:

Figure 1 shows a systematization of aspects that need to be differentiated. At the same time, however, these aspects must be seen as interwoven, since every decision and practice at one level has an influence on the other. The very basic systematizing overview helps to identify the level at which film and media scholars discuss specific phenomena in relation to the idea of openness in publishing practices. Focusing on the aspects placed on the top of the triangle in Figure 1: When are we addressing the openness of the access mode (OA=Open Access)? When is the mediality of an e-publication in focus? The mediality is highly entangled with structural and aesthetical questions, especially when writing about audiovisual images. This also concerns reception modes and the question of reading behaviour. The upper aspects and the ones on the right side cannot be thought without the institutional aspect of academic research (which strongly depends on longstanding traditions within disciplines, and academic practices).

In Switzerland, the year 2018 was a decisive point of no return, when the Swiss National Science Foundation stopped funding print publications, and determined to support e-publications only, and under specific terms: Authors have six months to put their book online after the funding is retrieved. Other challenges include a variety of unspecified options for the publishing format with unforeseen complications: For example, the option of being able to realise an «enhanced e-book» conflicted with aspects of sustainability – as it becomes obvious with the problem of dead links to external sources in multimedia publications. Also, designing and calculating a book with various viewing options and with numerous images where the relation between text and images is very important proved to be difficult.

In the end, a hybrid form with a print-on-demand option was chosen for the publication. Franziska Heller decided to add a glossary of methodological key terms traceable in the digital version. Thus, she tried to consider the different viewing possibilities for the analog and digital format and to take into account the various download options that could influence the user’s reading behavior. For example, as it is more likely that an e-publication is downloaded chapter by chapter, the individual parts should be intelligible on their own while also maintaining a consistent argument throughout the whole book.

In summary, as film study scholars we should be much more critical towards dispositives of openness, as there are many consequences – on a practical, cultural, and also on a discursive level. Regarding the way we structure our arguments and thoughts, we should be taking into account that this is not only affected by how we translate film into text, but into digital structures, as well. When it comes to these processes and operations, how might the term «remediation» capture the different media layers of academic work, and the experiences and politics associated with them?

Further discussion concentrated on the transition from print to electronic publications. The benefit of getting almost immediate feedback (especially during a pandemic) was pointed out; however, as Franziska Heller emphasized, the work that went into conceptualizing her book was extraordinary, like seeking out all the possibilities and matching them to content and form. Further insights were given on the possibilities of electronic publications: one example would be creating a website with all the links from the book as a buffer, so they can be actively curated.

When writing about film, scholars have long faced the challenge of describing the compositional structure of films, on a macro as well as on a micro level. This depends on the theoretical and methodological framework we are applying to our analysis. In order to describe cinematic images as movement-images, the interplay of different expressive components must be considered. In this context, printed and electronic publications give us different technical possibilities and limits for shaping our argument. Open access publishing (and other digital developments) has put the interrelation between written text and audiovisual images into a transitional state. When we provide images, clips, and diagrams, we need to match them to our text and vice versa, we need to figure out where to place them in relation to our text and we need to decide whether they are made to illustrate or prove our point or to abstract or visualize a particular principle or pattern we are analyzing. In this case, we need to make sure that our illustration ends up being readable by designing our text description and keys accordingly.

Earlier examples of text-image relations include abstract diagrams in Vivian Sobchack’s Address of the Eye (1992), where primary correlations between spectator and film regarding film experience are explained using arrows between terms in columns. Essentially, the diagram can only be understood when reading the text that surrounds it. Another example would be Raymond Bellour’s The Analysis of Film (2000), which features an analysis of a scene in Hitchcock’s The Birds (1963), and only works as a double page: In order to follow the author’s analytical point of view, the reader’s eyes need to move between a shot list on the left (with information on plot action, dialogue, and camera movement) and an image sequence on the right, where the scene described is broken down into several still frames. The book also includes an abstract diagram, which shows movement patterns and directions and character positions over the course of a specific scene in North by Northwest (1959), accompanied by a systematic in-text description with reference to single shot numbers.

The Cinepoetics book series are trying to go for publications that work as print as well as electronic versions, with an emphasis on the print versions. They operate with single film stills and shot sequences, or with illustrations that combine multiple levels of analysis. For example, Christina Schmitt’s Wahrnehmen, fühlen, verstehen. Metaphorisieren und audiovisuelle Bilder (2020) contains a double page with a diagram of Tom Tykwer’s Der Krieger und die Kaiserin (2000) showing a timeline of the film that gives information on variations of touch, including film stills and lines of dialogue. Hermann Kappelhoff’s Front Lines of Community. Hollywood Between War and Democracy (2018) includes macro diagrams of war films that show the arrangement of pathos categories over the course of each film. This allows you to see at once how the film is composed in terms of its poetics of affect. Jan Bakels’ Audiovisuelle Rhythmen. Filmmusik, Bewegungskomposition und die dynamische Affizierung des Zuschauers (2016) contains a micro diagram, where a scene is broken down into expressive movement units, showing the interplay between camera, music and voice.

Of course, there are limitations and challenges to these approaches: Copyright restrictions only permit the reproduction of a certain amount of visual material, and some images and figures might require a better paper quality. Even more challenges arise when one is trying to start an online film studies journal. When it comes to embedding images or clips, the journal’s overall layout can quickly get messy. Thus, in order to avoid additional programming work, it is useful to choose a common open access content management system that allows the editors to upload their own style sheet. Generally, an online publication that deals with (audio-)visual material requires a creative technical environment that stays up-to-date with structural developments and provides necessary infrastructures (server capacities, IT support through or separate from the university library). Just as well, the journal’s website needs to be administered and maintained: file permissions might have changed, or data errors might occur, which depends on who is hosting the material (Vimeo / Youtube, etc.; here, geo-blocking is also an issue). Technical aspects aside, one would need a consistent and committed editorial team, bearing in mind that journal editing is what almost no one in an academic context can do full-time.

This was followed by a discussion on how such diagrams could develop further and if they would be even more effective as real-time audiovisual animations. Eileen Rositzka stated that this has already been discussed as an option for online journals (e.g., mediaesthetics). In response to the request for a meta-study to accompany this transitional phase and gather all these new resources and possibilities, Catherine Grant pointed out that such an endeavor would be very time-consuming (see her talk from the 1st panel) and that there is hardly any funding left for this kind of work. In this regard. she referred to Daniel Chávez Heras, who has published on digital and computational moving image studies with a focus on interdisciplinary design: https://movingpixel.net/#about