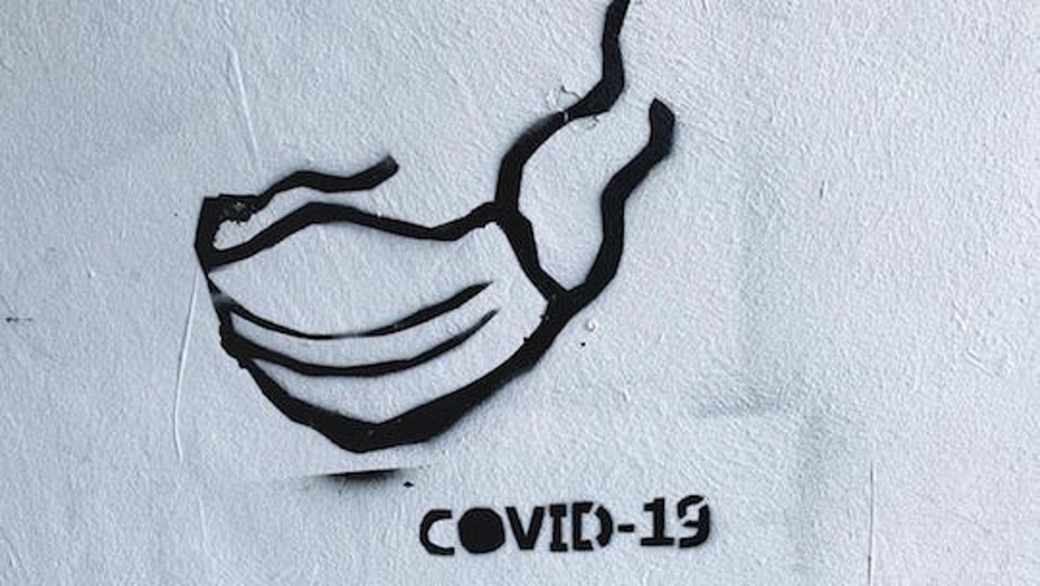 On singles and diverse cohabitations in lockdown

Over the ANZAC day weekend, a time when Australian values of mateship are ritually celebrated, the Queensland government announced a slight relaxing of lockdown laws. Families could drive up to 50 km to go on picnics together if they were members of the same household. But, Premier Palaszczuk clarified, «What we don’t want is groups of friends meeting up with other friends at this stage.» 1 There was no distinction made between small groups or large gatherings of friends. This kind of discrimination, which prohibits single people from enjoying familial pleasures available to co-resident kin and housemates, is exercised in the name of epidemiological risk management.

Lockdown laws are performative speech acts that bring into being that of which they speak. By radically restricting and redistributing intimacy, they created two categories of people: those in the 71% of Australian households comprising families with children or cohabiting couples for whom relations of proximity and intimacy are intensified, and the ‹untouchables› in the 24% (or over 2 million) households with sole residents,2 for whom any social or physical intimacy is suddenly criminalised.

«We are living with our loved ones. That doesn’t mean it is easy.»3

In contrast to the 19th century bourgeois fantasy of the family as a soothing private refuge from the hard world of business and public life, life under lockdown proves very trying for the modern family, especially where children are involved. Domestic violence support services have been promised funding for an expected increase in demand, and a rise in the divorce rate is anticipated. Neoliberalism may have been temporarily set aside in favour of Keyensian economic intervention, but other ideologies remain intact. There’s a whiff of ancient patriarchy and heteronormativity in the assumption that society is entirely made up of co-habiting couples and families, and the preparedness to sacrifice the mental health of those outside those structures for the sake of ‹flattening the curve›.

The ‹working family,› now morphed into the ‹out of work› or ‹working at home› family, still absorbs most attention, though parents living with children made up only 37% of households in 20164 (down from 48% in 19715 ).

The myth of the household as a unit is being put to the test. The lockdown laws soon had to be modified to account for split families and sexually active couples who don’t live together, and single people were grudgingly given dispensation to be visited by a friend for a cuppa or (socially distanced) walk.

Previous research on household water consumption led me to think of the household as a network, an assemblage of people of different generations and cultures, and as a node in a set of overlapping networks that connect its members with groups, people and places outside the home.6 Media stories abound of such outwards-connected households in lockdown trying to get on with each other and actually form a family unit.

The unhappiness, depression and malaise resulting from these lockdown conditions are categorised as mental health issues, with those feeling anxious or depressed invited to phone a counselling hotline. But maybe they just need a hug?

On ABC’s Q&A (broadcast 13 April 2020), an older single woman raised the problem of damaging social isolation and lack of physical contact for single people, exacerbated by loss of casual social interactions in shops, cafes, or bars, now all shut down. Former National Party leader John Anderson responded by declaring the lockdown had revealed two types of people: those who could, and those who could not, cope with it.

This victim-blaming diagnosis attributes the questioner with fragile mental health, whereas she is arguably suffering from ill-fitting and anachronistic sociodemographic categories, applied in a policy hastily developed for three quarters of households but excluding those like hers.

We need a kinder and more socially realistic, evidence-based approach to pandemic lockdowns that didn’t punish people for their failure to live in family units, that didn’t turn them into depressed pariahs or reduce them to fomites, infective objects to be avoided.

A basic problem here is a confusion between the family and the household that was noted in a 1994 report by the Australian Institute of Family Studies. The Australian Bureau of Statistics defined the family as persons «who are usually resident in the same household», whereas «[t]here is a great deal of evidence that Australians in general do not define their families in this way» and «often regard their families as extending across households.»7 Moreover, people who do not live in family households can still be connected with families.

A slipshod equation between ‹household› and ‹family› allows people who live alone to be classified as having no family, with no social connections worth considering.

Last time Australia had a pandemic lockdown, households were larger8 , fewer people lived alone, and ‹household› and ‹family› really were more interchangeable categories. There was no Bluetooth™ or Zoom™. Instead of relying on stale family ideologies and muddle-headed confusions between kinship structures and housing arrangements, we need to imagine a demographic unit more suited to the social and epidemiological realities of 21st century Australia. I propose the ‹cove›, the co-viral group.

From a microbiological point of view, the salient thing about people in co-resident families and couples is their shared or overlapping microbiomes: they are co-viral (and co-fungal and co-bacterial etc). The idea of household quarantine is presumably to avoid sharing microbiomes outside the household/family unit, and to contain any infections within it. (And sympathies for health workers and others who try hard to isolate and not to share their microbiomes with co-habiting family members and housemates.)

What if we thought of people as living in co-viral groups, some of which were cohabiting, others of which were distributed across different households (or premises)?

At the start of an epidemic or pandemic lockdown, people who lived alone could nominate a handful of people—the exact number determined through epidemiological modelling—who will be their ‹co-virals›, ‹coves› or ‹covies› for the duration. Each member of the co-viral group would inform the others if they tested positive for SARS-CoV-2 or became ill with COVID-19 symptoms. There would no doubt be an app for it.

A co-viral group might consist of non-cohabiting relatives (kin) and/or friends and neighbours (kith); it could even be formed around shared serological status (+ or – COVID-19 antibodies). The ‹cove› would be considered the equivalent of a ‹family› or ‹household›. This replacement for the household/family category would permit kith groups to shop, exercise, hug, eat or sit out a fortnight’s quarantine together just as kin groups (and co-habiting kith groups) currently do, without being classed as criminals.

Perhaps people in family households could also nominate a friend or two as their ‹coves› during lockdown. The increased epidemiological risk of opening up contacts to small numbers of people outside of co-located families and households could be worth it for the resultant savings in mental health services and the health benefits of contact with friends. Indeed, under recent lockdown provisions, 48% of people were having direct contact with others outside their household, which is a drop from non-lockdown contacts (76% in a 2014 survey), but still represents a significant amount of extra-household co-virality.9

There may be fewer secret contraventions of isolation laws, and higher tolerance of lockdowns, were people allowed (restricted) contact with friends or family members from different households. My main point is that lockdown laws need to be designed around actual family structures and social networks, not census household categories.

It’s important to remember that without a vaccination, the public health response to the coronavirus relies not just on social distancing, self-isolation and quarantine but also on testing and contact tracing. Having a nominated group of ‹co-virals› made up of close friends or neighbours and or some family members would permit easier contact tracing should any ‹cove› become ill.

Meanings of the term ‹cove› are worth thinking about. Most familiar is a small sheltered bay or inlet, or a recessed cavity, den or cavern. Origins are the Old English cofa, a chamber or cave, akin to Old High German chubisi hut, and the German Koben ‹pigsty, pen›. Another meaning of cove, most popular in the early 19th century, is a «fellow». Usually paired with an adjective («he was a flash cove», «an ambiable cove»), this meaning is traceable to the Romany word ‹kova›, a thing or person.

The use of ‹coves› as a short hand for ‹co-virals› mobilises all of these meanings: those amiable friends with whom one can share a beer or a meal or a chamber—or a period of quarantine—and a sheltering niche whose inhabitants are not necessarily married or genetically related.

Mateship values might prematurely propel footballers back onto the field, but friendship’s importance to mental and physical well-being is only belatedly and tangentially recognised in public health policies. In some states (though not Queensland) the relaxation of the strictest lockdown laws for «mental health reasons» equates to being allowed to see more friends or non-co-resident family. Christakis and Fowler in their studies of the ‹contagion› of happiness and health practices in social networks found the emotions of women’s friends and next door neighbours had much more influence on their well-being than did changes in their husbands’ emotional state.10 The recent finding that women are emotionally suffering more than men under lockdown may well reflect deprivation of such sustaining friendships.11

Collaborations between social and cultural researchers and public health experts and epidemiologists are needed to identify appropriate social units for lockdowns. In the next wave there could be a trial to form, track and trace co-viral groups and to compare their mental and physical health outcomes, and observation of the lockdown rules, with those of people under household based regimes.

We deserve better from our experts and policy makers than epidemiological policies based on notions of statistical averages, anachronistic myths, or accommodation arrangements. Allowing enjoyment of social intimacy with nominated ‹coves› could be the basis of a more compassionate, evidence-based and sustainable approach to the isolation of single person households in pandemic lockdowns.