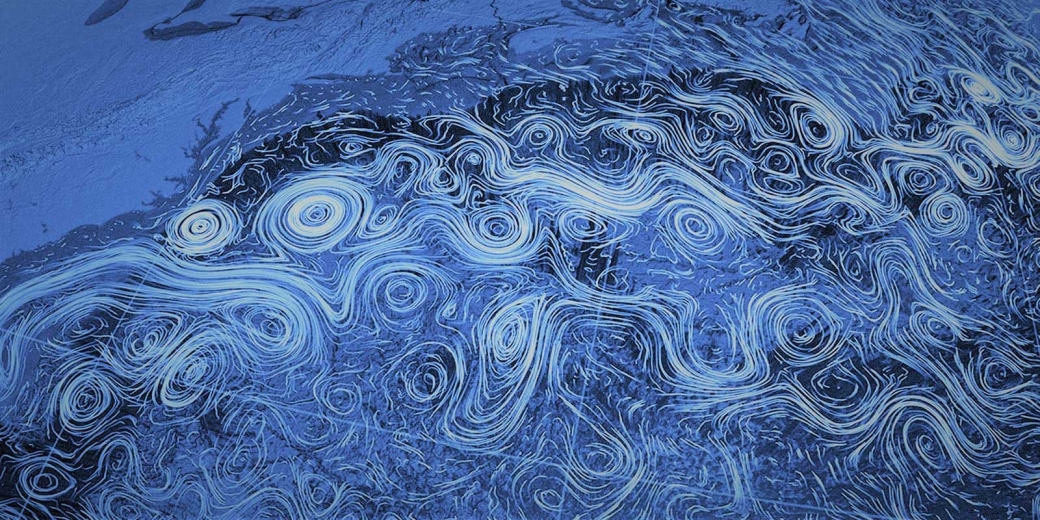 A Forum on the Actuality of the Concept. Comment by Erhard Schüttpelz

Does it Circulate or Not

When the crisis confined us to our own four walls, production stalled and work ceased; only the circulation of the capital markets continued unabated, and fresh money was authorized to maintain liquidity. The state proved itself as lender of last resort, and, with this credit, the capital owners bet on our foreseeable losses. We had to keep quiet and could watch in fascination as they profited. It was our state. It was even our credit. When we were permitted to move again, the money had disappeared, and the super-rich had grown even super-richer. We all grew poorer and were supposed to pay for the profit that the state gave to the super-rich in the form of one more asset inflation – with the argument that otherwise we would be even worse off. So, we paid and we were even worse off.

That happened in various places and at ever-shorter intervals. How can that be? If one looks solely at the circulation of capital, one could believe that, in modern times, the only point is to liquefy what is solid and to transform everything that can’t be sold into something salable – wage labor, goods, raw materials, services. But with this perspective, one misses the crucial point of modern capital formation. Data circulate, algorithms circulate, money circulates, and knowledge circulates as well. In contrast, land does not circulate, but remains in place. One would think. But as property and in the form of mortgages, rent income, inheritances, taxes, and estimated assets, land becomes the object of contract law, property law, deposit, foundation, corporate, and bankruptcy law, that is: all the forms of law that regulate the distribution of property and assets.1 One can take out a mortgage on land or other real property; debt certificates can circulate and thereby combine with every other form of financial added value. Real estate can circulate especially well. And as a countermove, intellectual property, patents, copyrights, but also data and algorithms can be treated not only as property, but even as a kind of «real estate», and that means like land. What cannot circulate and remains inalienable circulates in all forms of capital accumulation, and everything that circulates can – for example in the form of foundation capital – take on the form of an inalienable piece of real estate and be treated like land. And if a store of value is declared part of a foundation’s capital, it cannot be adversely affected by garnishing, claims for damages, or individual insolvency, in contrast to our everyday debts.

This juridical shell game does not correspond to distinctions like those between feudalistic/bourgeois, market/state, or modern/not modern. Viewed historically, this traces back to the European dealings with Roman corporate law and to the epoch of what Karl Marx called «primitive accumulation».2 In «Capital», the term served as a necessary historical supplement to his theory of the monetary cycle. In England, primitive accumulation came about when the feudal masters enclosed the commons, appropriated fallow villages and farms by the right of the strongest, and as a result transformed the residents into wage laborers, beggars, and social rebels. But Marx also saw this happening in the English colonial seizure of land in Ireland, Scotland, and overseas. For other countries, Marx did not define the term, and rightly so. After all, imperialist seizure of land was only moving toward its high point when Marx created the term, and neither the privatization of the commons, nor the violent appropriation of land, raw materials, and ecological resources have come to an end to this day. Additionally, the term tempts us to use it to discuss everything that economic theory calls «externalities»: the free appropriation of raw materials and «nature», the appropriation of the unpaid labor of slaves, children, and women, and every form of unpunished plundering, and «terra nullius».

The historiography of the early modern period showed that Marx’s historical conjecture about the origins of capitalism was right. Fernand Braudel, the most important historian of modern capitalism, called this sphere of action the «anti-market» and distinguished it from the principles of the market economy.3 As Braudel saw it, capitalistic asset formation was not based on a spontaneous or ruler-regulated market transparency, but on the many ways in the way the market was deactivated in favor of patronage and clientelism, cartels, monopolies, government contracts, insider trading and tax breaks, piracy, smuggling, and illicit funds, and the entire arsenal of extortion, intimidation, and brute force. For Braudel, as well, the clearest signal of an «anti-market» remained violent appropriation and expropriation; it remained capital formation’s clearly visible trail of blood. In these aspects, Marxists could recognize «primitive accumulation», but they missed Braudel’s point thereby. Marxists assume that one must eliminate the market to combat capitalism, whereby everything indicates that that is precisely what successful capitalists do and that they voluntarily produce market transparency only where, as with political interventions in favor of privatization and market openings, they can more cheaply appropriate the products of external value production. Braudel’s distinction between the market and the anti-market locates capitalism in the elimination of the regular play of supply and demand.

Wage labor turns people into a commodity; large-scale capitalism develops against the market. Where does the commodification of goods, labor, services, raw materials, and data flip into an anti-market? Neither Marx nor Braudel worked on specifying how capitalist accumulation proceeds where everyday trading activities operated under completely legal contracts. Where was primitive accumulation in the absolutely normal everyday business of a trading office? Is there something like an anti-market in the completely legal accumulation of assets? A consistent answer to these questions was recently found,4 and it contains a big surprise: we have never surmounted feudalism. Ruling at the heart of capitalism, as the normal case of capital formation, is a conflation of inalienable property and salable goods, whose codification goes directly back to the time of enclosures and the founding of overseas trading companies. The legal historian Bernard Rudden sees the core of the codification in the transfer of dynastic land rights to every form of assets and to every process of value formation whose product can be grasped as a «thing»: «The feudal calculus lives and breeds, but its habitat is wealth not land.»5

The code of capital lies in the transfer of feudal and royal privileges to financial assets. Each product of a value creation flows into a corporate added value for privileged owners, whose customers, workers, purchasers, consumers, and unpaid producers participate in this added value only as products and as performing agents. The accumulation of capital is based on the shaping of property relations by people who, with the aid of an inalienability, can transfer their financial risk to all the others who can sell only their bodies, their possessions, or their intelligence. The code of capital displays an endlessly varied paisley pattern that has varied and fractalized the same juridical formulas for 300 years. Family funds, stock companies, Ltds., multinational concerns, foundations, hedge funds – they are all cut from the hedges of feudal enclosing. In their juridical constructions, sales and inalienabilities switch places until the profits are untouchable and the losses are booked elsewhere.

The feudal calculus flourishes and thrives. Every inalienability newly arising in the modern era that was created as protection against the market and the anti-market stands in danger (like copyright, for example) of involving lawyers who distribute the rights and risks until the pattern is correct again. Each new common is first subjected to the market and, as commodity, slides onto the downward slope to the insider market. Digitalization, too, adheres to this iron law, for example through the privatization of data and algorithms, which, de jure, are considered public goods and, de facto, are declared the property of patents and trade secrets, which in turn then becomes de jure. In the realm of data mining, for example, there are solely insider markets and, to make the anti-market complete, any number of trade secrets. «In the past, patents and trade secrets rarely crossed paths; inventors chose between patenting and relying on trade secrecy law depending on the nature of invention, the costs, and the likelihood of obtaining a patent. The advent of big data, however, has created conditions for a new and powerful mix of patents plus trade secrets.»6 We are witnessing, no, we are the data and the product and the victims of a second enclosure:

«The second enclosure (this time of knowledge rather than land) is occurring more quietly than the first and without physical violence, but its repercussions may well go further. It was traumatic for the commoners to lose the basis for their sustenance, or the First Peoples to be pushed from the lands they had occupied and used for centuries. We are now in danger of losing access to our own data and to nature's code for the sole purpose of giving select asset holders yet another opportunity to expand their wealth at the expense of the rest.»7

The opposite has not happened for a very long time and still remains possible: trust busting and the transformation of commercial software into a common. Unethical asset formation can lead years later to expropriation, as well. In the case of a crisis, the system of property ownership also reaches its limits at inalienable rights that render markets and insider markets equally invalid: these rights are called human rights. Through wage labor, inalienable rights are also acquired: for example, pension rights. The individual components of the feudal calculus can thus be repurposed and put together against it. The Corona crisis has underscored how a financial elite profit at the expense of everyone else and that it cannot renounce this profit even if the result of this profit maximization also maximizes death and ruin. If we want to survive the crisis after the next crisis, we must ask ourselves how to transform the completely normal and everyday forms of financial property.