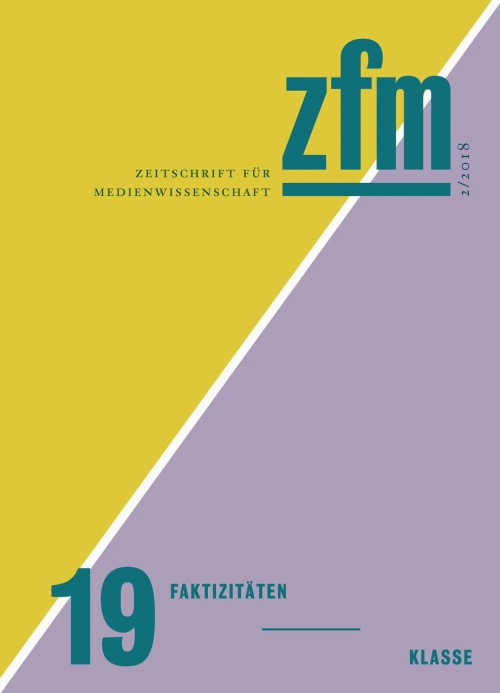 Of «Idiot Lamps» and «Culture Machines». Class-Specific Furnishings of TV Sets in the 1950s/60s’ in Intercultural Comparison

The essay addresses TV furniture and cultural differences regarding their role in domesticating the medium of the TV in postwar homes in the USA and in West-Germany. A comparative approach may help to more clearly refine the category of class for media analysis. In this respect, console designs for TVs are considered as a site for social asymmetries, especially with regard to class. Instead of conceptualizing TV itself as a media dispositif, the architectures and home furnishings of television are treated as integral parts of a dispositif of domesticity. In such a perspective, shelving units, for instance, become central reference points for television in US and West-German living spaces that indicate class-specific characteristics of the culture of television.