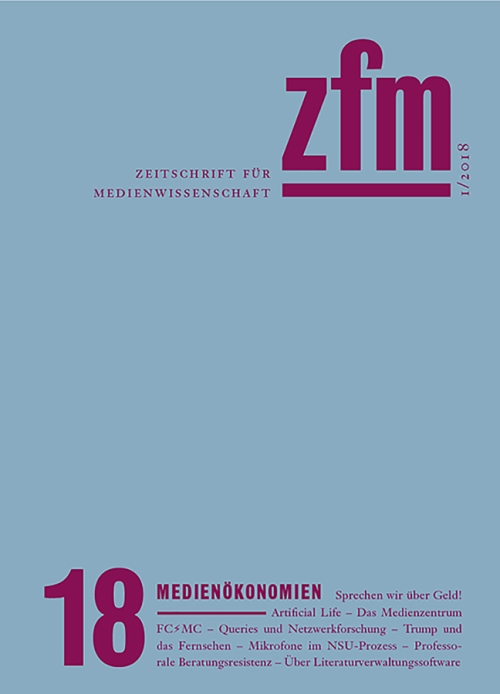 Money is ubiquitous – and to call it a medium does not seem farfetched. And exactly that has happened in different fields of economics since already the 19th century. Although there are some media-theory studies on money, it is not a central topic of media studies and it remains to be seen whether media theory can develop a genuine perspective on money. Moreover, rarely has media theory addressed the sociological, economical, and philosophical perspectives on money. In this paper, some contours of media-theory perspectives on money shall be developed in discussion with theories from economics (e.g. commodity vs. sign theories of money).